Close to the glorious Qutub Minar, lies a huge historical space in neglect. This is Mehrauli Archaeological Park . Spread over a vast expanse, these beautiful monuments and artifacts stare into nothingness, narrating Delhi’s rich history.

The walled city authorities did not find it worth to protect or care for the park. A free entry to the walking trail and dark, dusty monuments in bad condition are a proof of the same.

The small entrance through which we entered lead us to the beautiful sight of rose garden, with the Qutub Minar towering in the backdrop.

Crossing the rose garden, a lovely green zone is a welcoming sight with green plantation on both ends. (Thank God atleast a green cover was provided by the authorities).

As you take left towards the Jamali Kamali Mosque, on has to pass by a lush green grassland. The elevated section of the land has Metcalfe’s Folly. It is indeed sad to see names scribbled all over, including the dome structure. Wondering how did they get up there? It is not an architectural masterpiece but offers a panoramic view of the park and surrounding area.

Keep walking further till the walls of Jamal Kamali Mosque appear on right. This is was the only place we could explore properly.

It was nearly the closing time and hence we  could not enter other tombs or baolis. Had to take pictures from outside the gate. But we came back a week later to cover the whole park.

Rajon ki Baoli is is the largest and most ornamented of all the three baolis in the Mehrauli park.

With four floors and rooms at each level, this baoli as named after the rajmistries or masons who used it. It is believed to be constructed during the 16th century, by Daulat Khan during the rule of Sikander Lodhi.  The step well appears like a courtyard of the medieval period with passages that have carved symmetrical arches that form the three sides.

The other two baolis namely Anangtal Baoli and Gandhak ki Baoli have not been maintained. They lie in neglect serving as a rubbish bin for the locals residing around. Anangtal does not even have a marking or sign board.

Right opposite to Rajon ki Baoli lies another unnamed tomb and mosque. A staircase leads to the terrace of this picturesque structure from where you can see the boundary walls of the park.

Moving further, we chanced upon the tomb of Quli Khan. As legends have it, Quli Khan was emperor Akbar’s foster brother, born to Maham Anga. (Remember Ila Arun in Jodha Akbar?)

The octagonal tomb built in the 16th century was bought and remodeled by  Sir Thomas Theophilus Metcalfe, the Governor General’s last British Resident agent at the Mughal Court of Emperor Bahadur Shah Zafar. It was refurbished as a pleasure house or Dilkhusha in Urdu by surrounding it with sprawling  gardens and rest houses. He used to rent out Dilkhusha to honeymooning couples for idyllic view of the Qutub Minar.

The tomb has a huge resemblance to Mughal architecture with entrance on alternate sides and walls with floral calligraphy and Quranic verses.

Among other structures of the park, there are several other unnamed tombs, structures and graveyards, protected but unnoticed.

This was the last leg of our visit inside the Mehrauli Park and we headed home with lots of good memories. This place is indeed a photographer’s delight and great for History enthusiasts like us.

How to reach Mehrauli Archaeological Park

There is a story behind this as well.
Its an easy to reach place but not really noticed, because its not highlighted or advertised anywhere. I have stayed close to this place for four years but never came to know abut this hidden gem. Having read so much about it recently, I convinced husband to explore this less known place. Little did we know that the place would not be an easy one to find.

We passed by two entrance gates twice but did not realize those were the entry gates. (Not even the gates mention that it is the archaeological park). One of the entrances is 1 km away from Qutub Minar metro station. A narrow kuccha road through wilderness leads to the archaeological park. We chose not to tread on this path since these kind of secluded paths are unsafe, full of uncertainties.

The second entrance gate is near the Qutub Minar roundabout. Google also led us to Mehrauli Bus terminal. However, we are not sure if there’s any entrance to the park or not at the bus terminal.

The park has a parking space inside. But we still do not have an idea where to drive through. (We had hopped into an auto from Qutub Minar metro to the gate near roundabout that costed Rs.50). Bikes are cars were parked outside this small gate near the main road. Heavens save your vehicle from being towed away or damaged since it seemed to be an unauthorized parking space.

Though the notice boards warn against bringing in your pets, we still saw visitors bringing in their pet dogs for a walk. (Sigh!) Lot of strays roam inside the premises, harmless, lazing around.

Though poor maintenance and garbage menace were major turn off for us, we still recommend this place once for history and photography enthusiasts. We went twice to witness the neglected glory of  history which needs to be told.

The evening glory of Qutub Minar 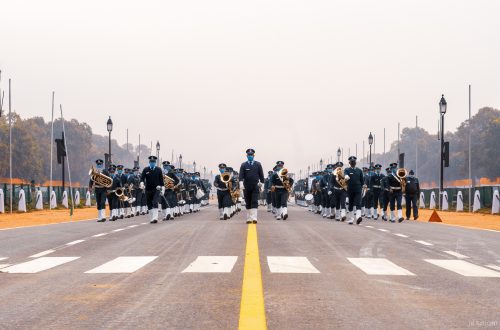