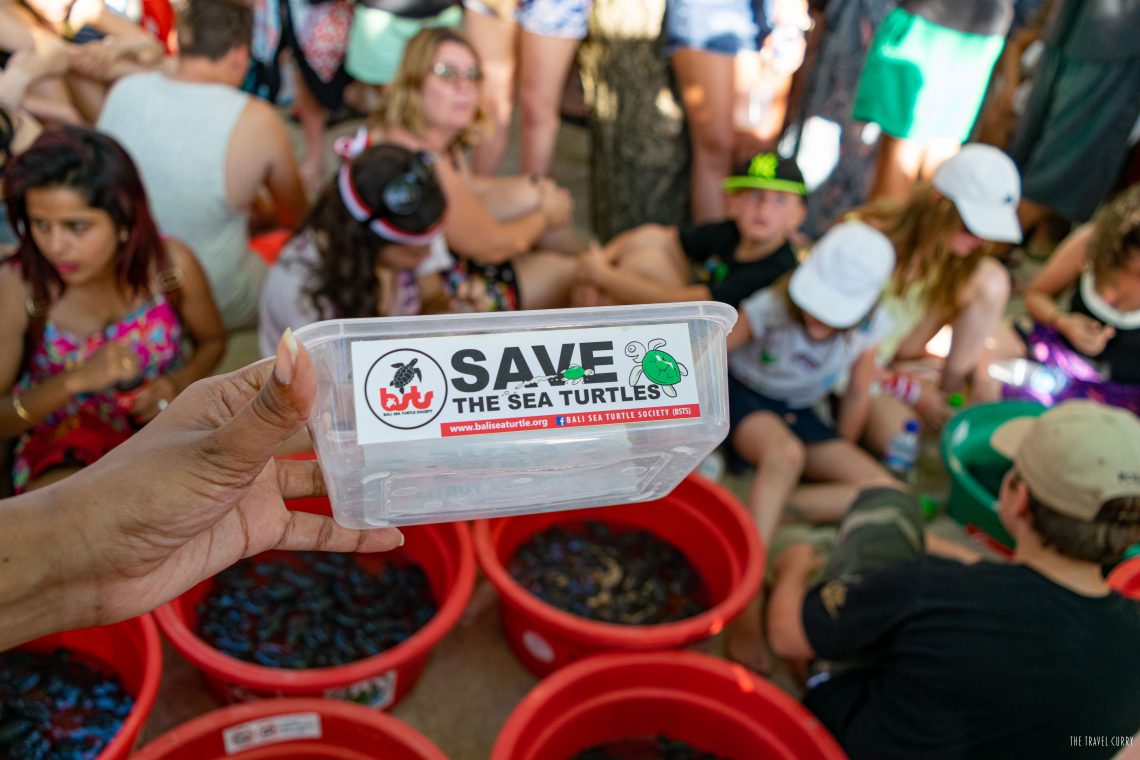 All travel experiences leave you with memories to cherish forever. The memory that would remain etched in our mind is our recent trip to Bali where we contributed (atleast we think so) to the marine life by releasing baby turtles in the ocean. That joyous feeling cannot be expressed in words.

Amid the crowd cheers and lashing waves, the babies slowly make their first plunge. When those little things crawl towards the water and the enormous waves take them in, it feels like a moment of euphoria. This is Bali Sea Turtle Society at Kuta Beach in Bali, Indonesia.

As a part of the mission to save marine life, the Sea Turtle Society has taken this wonderful initiative to breed turtles. What could be nobler than this? The society is a group of activists and marine life specialists who have recognized turtles as very important part of aquatic life. They breed turtles in controlled environment, protect the eggs and conserve the baby turtles. The little ones are looked after till they turn few days old. Post this they are released in the ocean. Tourists are encouraged to participate in releasing baby turtles activity at Kuta Beach everyday at 4 pm. This is a free event for everyone.

We had visited the Bali Sea Turtle Society a day in advance to have a glimpse and speak to the people who organize it.

Looking at the little turtles will only bring you a smile.  There were birth dates and freedom dates mentioned on the flags in the giant container housing a thousand baby turtles.

The gentleman of the organizing board asked us to visit the place next day at 4 pm.

The day of release

While we made it to the beach the next on time, a huge crowd had gathered around the society office. So much is the popularity of this event, that tourists and locals thong the place in thousands each day.

It was 16th August, a day prior to Indonesian Independence Day, which locals celebrated with road shows and stage events. A huge space close to the Turtle Society was allocated for the Independence Day celebration. Hence, while waiting for the chief guest’s arrival, the event of releasing baby turtles got delayed by an hour. Little turtles swam in large tubs till then.

Every participant was given a container with a baby turtle and asked to wait for the organizer’s signal.

The signal to let go!

We let the little ones tumble out of our containers, as soon as the checkered flag was waved.

Watching them crawl towards water is a feeling that goes beyond verbal expression. Shilpi’s turtle was literally kicking its heels the moment it was placed in the container. It pecked her palm a number of times as if asking her to let it go. Watching him make it to the water was sheer ecstasy as her eyes welled up with joy.

Some made it steadily to the water while others crawled slowly.  Few stopped after some distance, and we assumed they died. But they hadn’t! Volunteers picked and placed them closer to water. As their little limbs moved, the crowd broke into cheers! It felt joyous.

Why should you do this?

Out of the 1200 baby turtles let go that day, only few would survive. Inspite of the low chances and high risk, apparently releasing baby turtles is the only way to protect the precious marine life. Indeed Bali is doing a great job at it. We pride in contributing to the environment with this little step and appreciate the sensitivity that Bali Sea Turtle Society has shown for marine life. 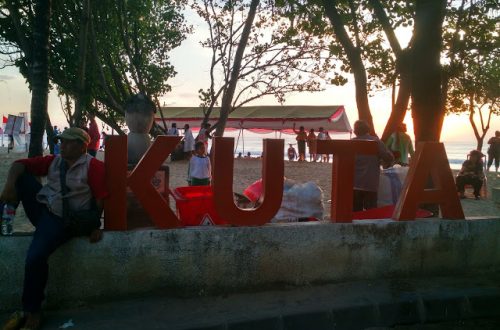 Here are 5 reasons we loved Kuta in Bali 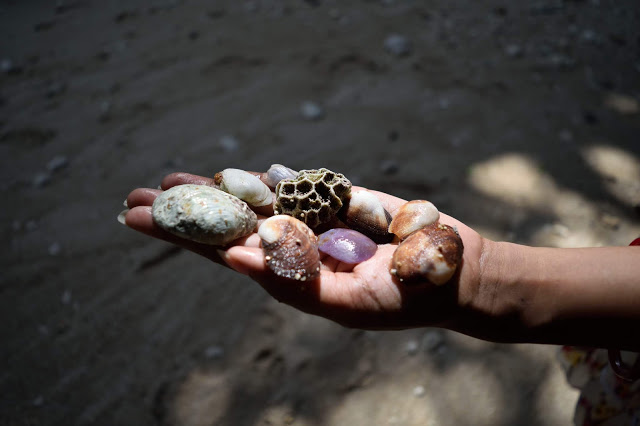 Essentials before planning your Bali trip