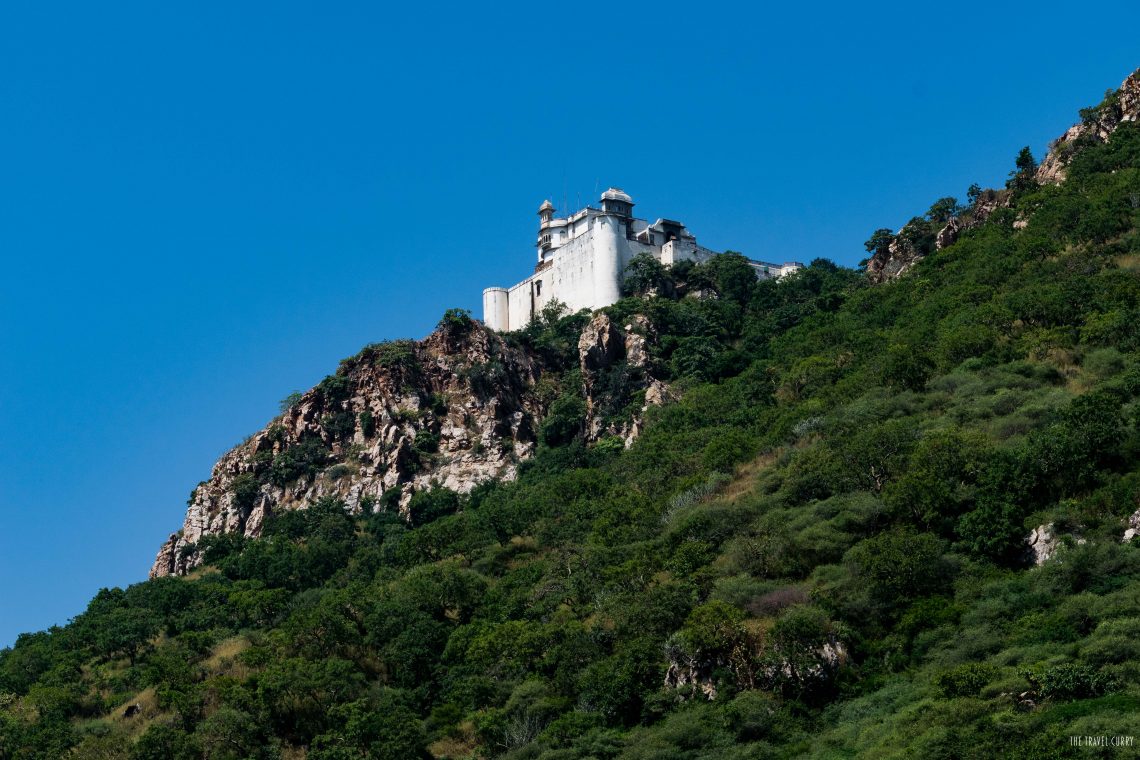 Among the several points of interest in Udaipur, Sajjangarh, the hilltop palace, definitely stands out. The palace that has withstood the test of time, serves as a vantage point to view the entire city. Here is a virtual tour of the beautiful Sajjangarh palace.

Sajjangarh Palace is located atop Bansdara Mountain of the Aravalli range at an altitude of 3100 feet. The palace was built by Maharana Sajjan Singh in 1884 with a purpose of watching the passing monsoon clouds. This is how Sajjangarh Palace also came to be known as the Monsoon Palace. Later it served as a summer retreat for kings during those times. As the legend goes, the Maharana built it at the top of the hill to get a view of his ancestral home Chittaurgarh. The palace is now under the control of the Forest Department of the Government of Rajasthan and has recently opened for public.

O did I mention, Monsoon palace featured in the 1983 James Bond film Octopussy as the residence of Kamal Khan, an exiled Afghan prince?

As you hop out of the vehicle in the parking area, you might see the place swarming with Langurs. Harmless most of the times, they only attack if they find you threatening them.

A flight of stairs takes you to the vacant palace’s ground floor, now full of hoardings, indicating the flora and fauna around. Half the palace was under renovation.

The exit door of the ground floor leads you to a vast space from where the surrounding forests, mountains and civilization can be viewed. The canvas is mesmerizing indeed. Green and serene, anybody would love the view.

Due to its location on hill top, the palace is windy and remains cool even in the scorching heat.

After touring the ground floor premises, we ascended to the first floor of the palace. Sun shines generously, filling in the balcony with bright warm light. Couples sneak in quiet corners to steal some private moments. In our presence a langur appeared from one window and disappeared through the other. For few primates, the palace is their home.

The second floor was relatively vacant as it was under renovation. Still the place gave us good photo opportunity.

If maintained properly, Sajjangarh Palace of Udaipur is indeed exquisite. After paying Rs 140 each (Rs 50 for ticket and Rs 90 for jeep fare), Monsoon Palace turned out to be a bit disappointing. Blame it on the location or the ruined aesthetics, the palace needs lot of renovation and restoration.

How to reach Sajjangarh Palace

Located right next to the Sajjangarh Zoo, the access road to the palace is curvy, steep and prone to accident. Hence, you must hence be careful while driving and brace yourself if in a car. Advisable to take a ride in the jeep or hire a local driver for the risky road.

Entry fee for the palace- Rs 50 each

You can drive to the palace in your own vehicle. Parking charges– Rs 100 for cars, Rs 30 for two wheelers or else hop onto the jeeps ferrying to the palace at Rs 90 for each seat. 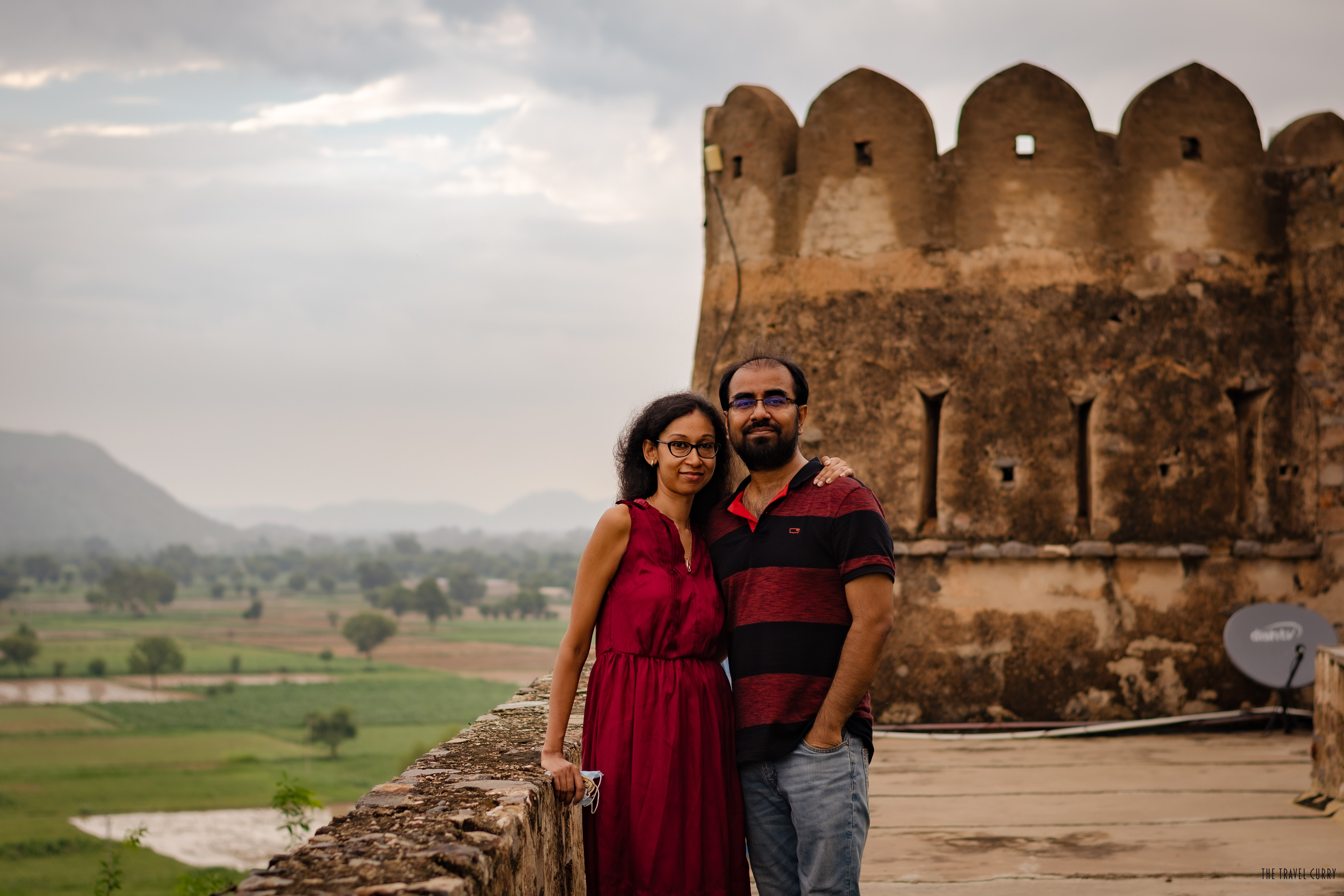 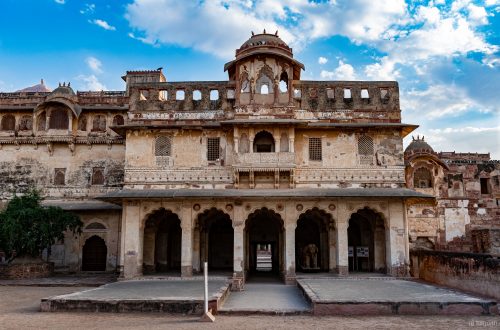 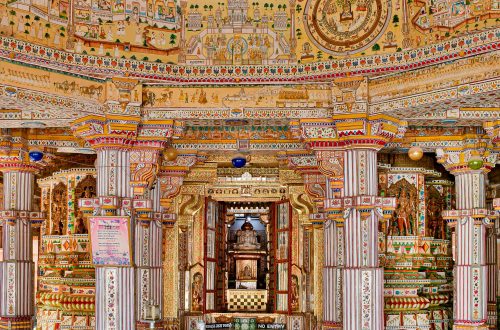 Touring Bikaner in one day