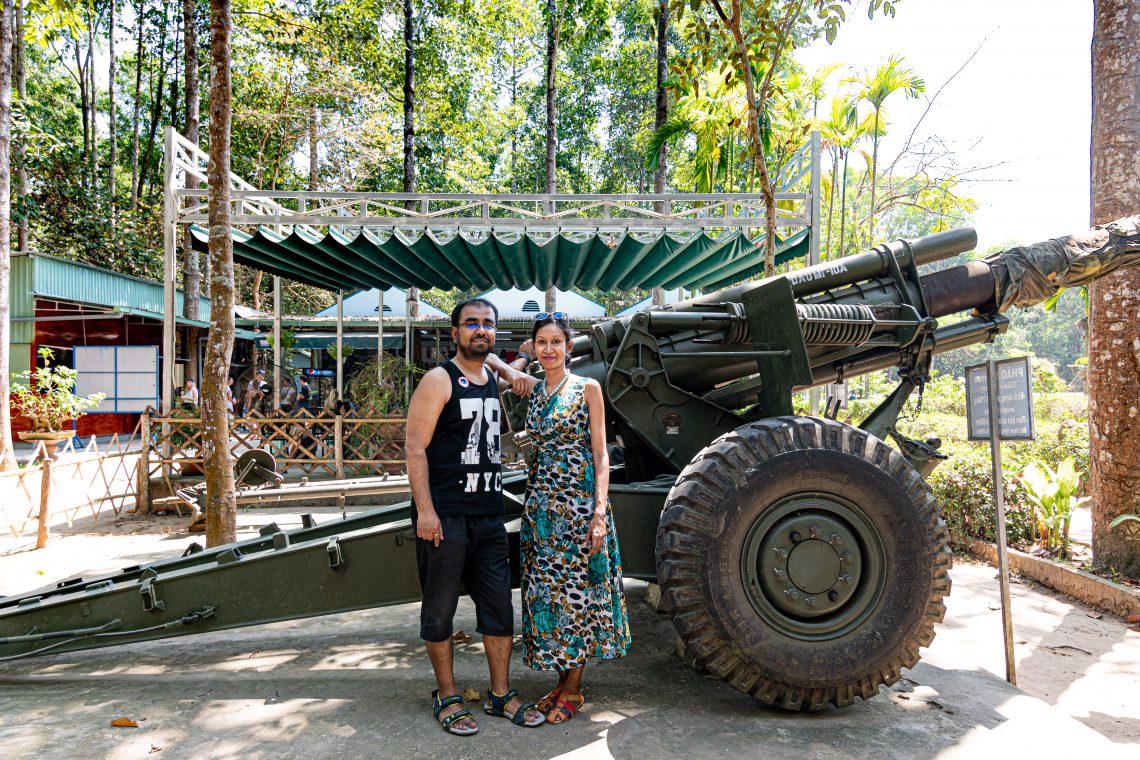 The well known Cu Chi tunnels give us an insight of the Vietnam war and the brave fight put up by Viet Cong soldiers. Here is a sneak peak of the historical Cu Chi tunnels in Ho Chi Minh city.

Vietnamese soldiers had dug a large network of tunnels during the mortal Vietnam war. Built over a period of 25 years, these served as a base and a hideout to fight the American troops. The narrow and dark tunnels often infested with rats caused diseases and made living conditions worse. At present, the tunnel site is a tourist spot with all relics on display.

Viet Cong soldiers did not let the American soldiers have it easy. They fought back with all their might. One such warfare tactic was to create deadly traps. These are among the most fatal ones ever known in History.

The historical Cu Chi tunnels bear the scars of war. Some of them are in the form of American tanks, most of which were either destroyed or captured. The latter’s lack of knowledge of the Vietnam terrain caused them major loss of lives.

What looks like ant mounds were actually for ventilation of underground tunnels. These were the only source of oxygen inside the hot, suffocating shafts.

Viet Cong soldiers wore slippers that were designed to wear the other way round. These slippers would make misleading marks on the soil. So if they walked left to right, the slippers would create an impression of them walking right to left.

Earlier, the Viet Cong army had limited resources in the dense humid forests. So they had to make use of weapons and scraps to create things for a living. For example, parts of tanks or weapons were used for creating utensils.

The tunnels are the most exciting part of the expedition. Inspite of the alterations done for tourists, they continue to bear a significant testimony to a poignant past. The narrow alleys were perfect for Vietnamese soldiers with petite frames but too small to accommodate American soldiers.

Cu Chi Tunnels are proof of the gruelling condition of soldiers during the war and their indomitable spirit.

Vietnam bounced back after the deadly war. The country transformed itself into a modern one and is progressing the ladder gradually. Irrespective of the progress, a large population still bears the brunt of the war’s aftermath. For instance, the new generation of war victims was born with defects. Some suffer from mental retardedness and others from physical deformities. Therefore, the Government of Vietnam supports these victims by employing them wherever they deem fit.

The Cu Chi Tunnel trip organizers make a halt at the handicapped artisans association where you can see them create beautiful pieces of art. From paintings with eggshells or flower pots with floral motifs, their art puts the abled ones to shame. So, we contributed by purchasing a small flower pot worth 600,000 VND. Yes we know it was a bit expensive but that’s the least we could do to help these wonderful people.

How to reach Cu Chi Tunnels

Cu Chi Tunnel half-day tour is usually done through a local travel operator. Though it can be done individually but who wants to go through the hassles of being in a long queue? Additionally, it is not safe to travel alone that far. Our travel group assembled at District 1 street and departed at 8:30 am in an air-conditioned bus.

Pro tip- Advisable not to buy bullets as souvenirs. Also, they are not allowed on flights and are confiscated even on producing a purchase certificate.

Dress Code- None. Its usually hot and humid, so dress-up accordingly. 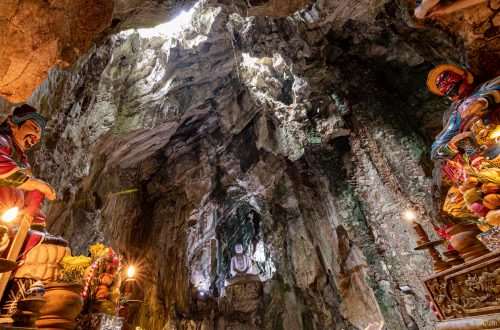 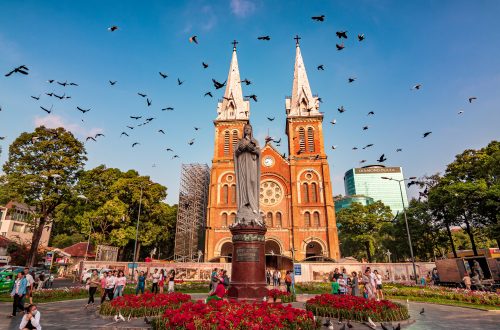 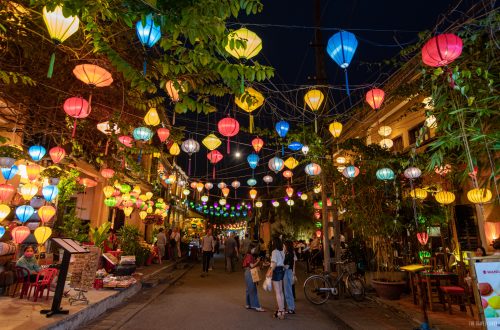 Hoi An, a dreamy tale of beauty and joy