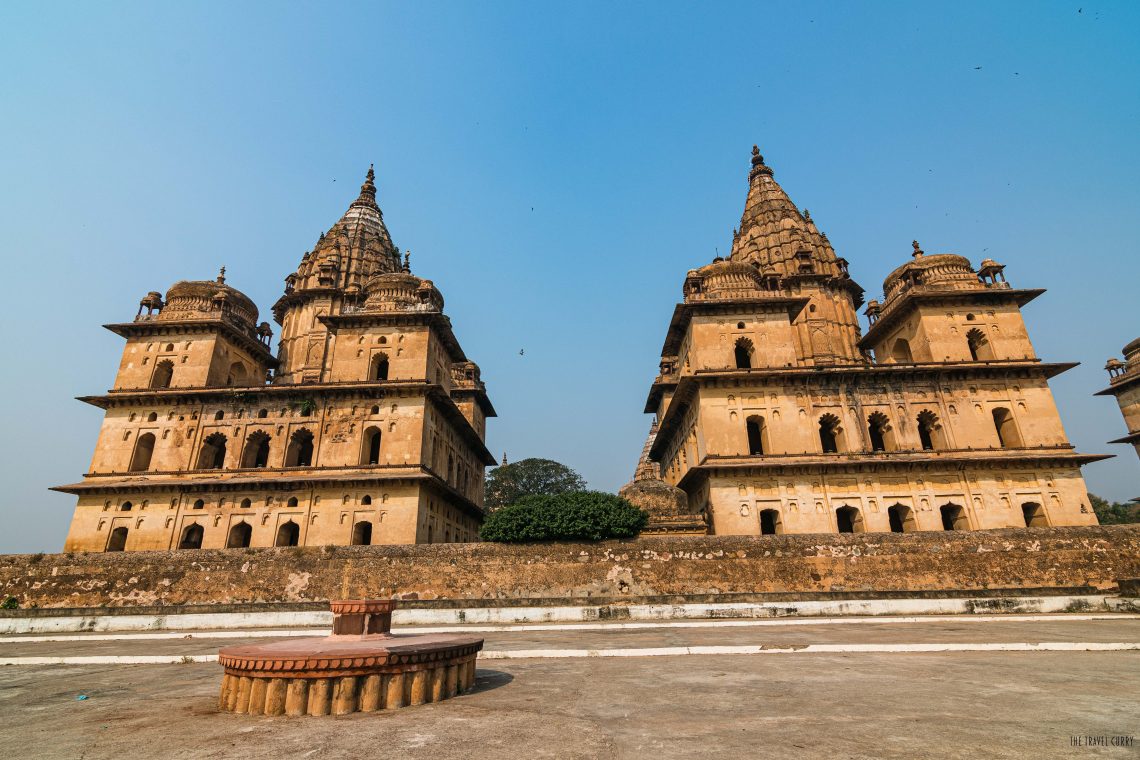 The medieval town of Orchha is seeped in history and rich heritage. Discovered under an impermeable forest cover, the place was named Orchha, translating as ‘hidden place’. It was later established as a capital in 1501 by Rudra Pratap Singh’s lineage. Orchha is known for its ancient temples, monuments, murals and gardens. Inspite of its rich history, this town merely 15 km from Jhansi, is lesser known than its counterpart Khajuraho. As we dived deep, we hereby bring you a detailed guide for the historic town of Orchha.

Barring the Orchha Wildlife Sanctuary, the entire town is less than a radius of 5 km. You can explore Orchha on foot in less than 24 hours. Here are the attractions of Orchha and useful travel info.

Chhatri or cenotaph is a structure built in the honor of a deceased king or queen. On the bank of river Betwa Orchha has a cluster of cenotaphs with distinct features and stories of each. Go for a short heritage walk around these wonderful historic structures and soak in the magnum beauty. It is open 24 hours but the best captures happen during morning time. We tried capturing the structures in dark and they looked spooky. A cremation ground behind one of the ceotaphs further scared us. So stay away from the building whose gate reads “Mukti Ghat”.

The fascinating fort was built in fragments by different rulers. The premises comprises of Raja Mahal, Jahangir Palace, Rai Praveen Mahal and Sheesh Mahal, each with distinct features and exceptional architecture. The perfect architectonic with a blend of Muslim and Rajput designs literally sweep you off your feet. It takes 2.5 to 3 hours to explore the whole fort. Advisable to start in the morning so that you finish it before noon. Read a detailed post on Orchha Fort here.

Location- Opposite to Chaturbhuj Temple, walking distance from Ram Raja Temple and Cenotaphs.

As per legends, queen Ganeshkuwari once dreamt of Lord Ram requesting her to make a temple and place his idol in it. The idol brought from Ayodhya was placed in the palace (Raja Mahal) as Chaturbhuj temple was still under construction. However, while moving the idol to Chaturbhuj temple, it did not budge. Since then the idol remained inside the palace and Chaturbhuj temple’s sanctum was empty. Towering at 344 feet, this is has the tallest sanctum among other Hindu temples.

Located– Opposite to Orchha Fort.

Dedicated to godess Laxmi, this temple was built during the reign of Raja Bir Singh Deo. The most interesting part of Laxmi Narayan Temple are mural paintings from 1857 revolt period. Other paintings include life of Sri Krishna, designs inspired by Mughal architecture and royal taste of the then rulers. The beautiful chambers with intricately carved pillars are the highlight of the temple. Strangely, the terrace of the temple has slots for canon besides

A protected wildlife forest in Orchha houses a large number of animal and bird species. Its a heaven for migratory birds including kingfisher, woodpecker and owls. Tourists flock to the sanctuary for adventure activities like trekking, boating, rafting and more. Not many animals are sighted here. Hence the sanctuary measuring 43 km sq. is a good destination for hiking and calm nature walks.

Located– 1 km from the cenotaphs. You have to cross a narrow bridge over the Betwa river. Only one vehicle can pass through the bridge at one time.

A guide on accomodation in Orchha

With fewer shops and a handful hotels, the sleepy little town gives you a sneak peek into a typical village life. The humble brick houses that have transitioned from thatched roofs are proof enough of a developing era. Having said that, most of the hotels are 3 star and above, claiming to be heritage property. Accommodation costs anything between 2500 to 4000 INR per day, depending on the type of room and facilities. Check out hotels listed under MP tourism.

For bag packers, there are few options for home-stay and guest houses as well. They are simple small homes where apart from the hospitality nothing else is lavish.

It’s is pretty easy to travel within the town. You can explore on foot (that’s costs nothing and you see it all slowly). Self-driven car takes care of the transport. There are no local buses or app-based rides available here. The other best way to explore Orchha is a tuk-tuk ride, though many went out of business post lockdown. Now you know how you can help local business come back to life.

Orchha is a small town that still has a touch of village life. There are few dhabas only that serve simple meals. We did not come across any restaurant. However, don’t get disheartened. There are little grocery shops, tea joints, and sweet shops. All dhabas serve vegetarian food Few hotels serve non-veg food.

The infamous stories of Chambal dacoits still haunt many parts of MP. As you enter Orchha from the major connecting highways, the wilderness and deserted wastelands might look spooky. But don’t worry, it is safe. Dacoits do not exist on well-guarded highways. The quaint town of Orchha is absolutely safe for solo travelers, backpackers, and even women. There have been no reports of theft, eve-teasing, or communal clashes in this holy place.

How to reach Orchha

UNESCO’s tentative list of world heritage sites recently included Orchha in it. You can club Khajuraho with Orcha or any other neighboring city like Gwalior or Jhansi. Trains from major cities are available till Jhansi which is 17km from Orchha. Gwalior is the nearest airport 126 km away. Ours was a road trip from Gurugram following this route- Agra Expressway-Morena- Datia-Jhansi-Orchha. The 484 km distance took us about 8 hours to reach. 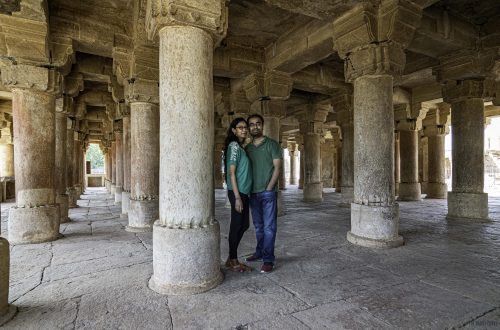 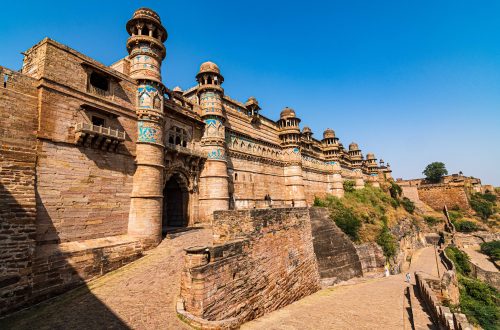 The mighty Gwalior Fort: A journey into history 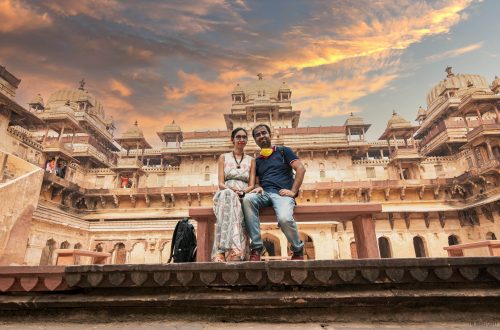